Two major historical anniversaries in American education passed by this summer without significant public comment: consent decrees that ended two federal lawsuits in May and August 1972, lawsuits intended to open up educational access for children with disabilities in Pennsylvania and Washington, DC. Before these lawsuits, it had been regularly practice since early in the […] 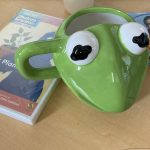 The evolving shape of a project (educational broadcasting history)

For the first time in my career, I’ve started receiving gifts that colleagues thought I’d enjoy related to a research project — i.e., they identify me with my current research into the post-1945 history of educational broadcasting in the United States, a project that is less than half a decade old. For an historian, that […]

Yes, we can make historical analogies

I was scheduled to travel in December with one of our Mary Lou Fulton Teachers College doctoral students to the University of Maryland special collections (archive) to study some of the history of educational broadcasting. It’s part of a new project we have. Five days before we left, one of the archivists sent me a […]