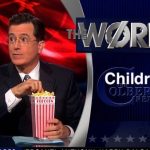 Today at Arizona State was the first day of classes in the fall semester. I know: a Thursday. Maybe Arthur Dent couldn’t get the hang of Thursdays, but we can.

How to write an external review letter

It is summer, and many of my tenured colleagues around the country are writing external review letters evaluating the scholarship of candidates for tenure or promotion. In an era with a shrinking proportion of academic jobs holding the chance of tenure, it becomes more important for those of us who hold tenure to understand the […]

After 6 years in various administrative roles, I’ve become a Usual Suspect for a certain slice of dean searches, mostly smaller private and regional public colleges/universities. At one point rumors were apparently circulating that I was interviewing, and I’m glad that a colleague told me so I could point out that, no, I’m pretty happy […]